The 6th International Forum “Broadband Russia Forum 2016 – Next Generation Broadband Networks Development in Russia” was organized by ComNews and successfully held in Moscow on 24-25 November. The event brought together over 300 operators of fixed, mobile and satellite communications, representatives of government authorities and international business communities of the industry, producers of telecommunications equipment, system integrators, content providers, consultants and industry experts, and specialized industry media.

The forum was endorsed by non-profit organization “The National Association of house communications and information networks” (NADIKS), the CIO Club “ya-IT-y”, the International Telecommunications Academy (ITA) and the Union of Alternative Telecom Operators. The official hotel of the forum was Holiday Inn Moscow Lesnaya.

The general partner of the conference and session partner was Huawei, the platinum sponsor was ZTE Corporation, and session sponsors were Tata Communications and ASD Technologies. The lunch was sponsored by Cambridge Broadband Networks (CBNL). The event was held with the participation of Morsviazsputnik, Ericsson, CSJC “OS Group” and Research & Development Partners (RDP.RU) Company.

The opening address of the forum was delivered by Deputy Head of Rossvyaz Igor Chursin.

The plenary session of the forum was dedicated to the expansion of broadband networks in Russia and globally. Victor Strelets, Member of Radio Regulations Board, ITU, spoke about the leading role of the International Telecommunications Union in creation of favorable environment for implementation of new infocommunication technologies. Andrey Mukhanov, Chairman of the Working Group on Telecommunications and Information, APEC, presented a comparative analysis of internet access development in Russia and the Asia-Pacific Economic Cooperation (APEC) countries. The speech of Tigran Pogosyan, SVP, ZTE Russia, was dedicated to the development of broadband technologies in the era of M-ICT 2.0. The networks of satellite broadband were described by Evgeny Buydinov, Deputy General Director for Innovative Development, RSCC.

Session 1 was followed by a round table, where experts discussed overhead communication lines and the prospects of their inventory and transfer to underground cable systems. The round table was attended by Vyacheslav Metelev, Deputy Minister, Ministry of Public Administration, Information Technologies and Communications of the Moscow Region; Vasily Levchik, High Manager of GR Department, Tele2; Nadezhda Rumyantseva, Deputy General Director, KRONIKS PLUS (RiNet); Mikhail Pashkov, VP, Legal Affairs, NADIKS; Andrey Yatsenko, CEO, GorSvyazServis; Evgeny Gaskevich, CEO, Teralink; Alexander Galdin, General Director, Malnet. The moderator of this round table was Leonid Buslaev, Chairman of the Board and CEO, NADIKS. The key topics were as follows: when overhead communication lines will be removed in the Russian cities; how the transfer of communication lines underground will influence the quality of communications and customer loyalty; how much more clients will have to pay for communication services due to network upgrade expenses. Read more

The first day of the forum was concluded with a high-profile awards ceremony for the leaders of the Russian ICT and broadcasting industry. All winners were chosen according to independent ratings of “Encyclopedia of communication and broadcasting.” – COMNEWS AWARDS. Read more about the leaders

The starting point of the second day of the forum was a round table “Russian national security in the hands of private companies” moderated by Grigory Nikolsky, Partner, Constanta Capital. This round table was joined by Mikhail Medrish, Director of Operations, AKADO; Vladimir Valkovich, Deputy General Director of Technology, Virgin Connect; Olga Makarova, Director of Internet and channel resources Department, Сarrier Business Development Unit, Corporate Center, MTS Group; Natalia Varlamova, Head of Industry-Specific Legislation’s Improvement, MTS. The participants of the round table discussed how anti-terrorism laws impact carriers; technology solutions for on-the-fly data processing and transfer to storage; possibility to intercept and decrypt the traffic of popular messengers; protecting user data from uncontrolled disclosure; how the implementation of anti-terrorism laws will impact end-users.

Session 3 was dedicated to strategies and business models of broadband operators and monitoring the quality of telecom services. Denis Paltsin, Head of Control and Supervision in the Sphere of Communication, Roskomnadzor, spoke about the results of services quality monitoring for mobile radio telephone communication. The topics of the presentation made by Sergey Nikulin, CEO, RDP.RU, were the economy of operator networks and cutting expenses to increase productivity. The strategy for enabling telco's success in video business was described by Vladimir Malygin, Marketing Strategy Director, Huawei Russia. Legal issues of communication network design and construction were explained by Nikita Danilov, Head of GR, Megafon. The speech about raising ROI and making network asset management simple and effective was delivered by Dmitry Zuev, Commercial Director, OS Group. The presentation of Konstantin Kokush, CEO, SevStar, was entitled “Taking the innovative route – Sevastopol operator’s experience”.

The guests of the forum pointed out that the event was well-organized, provided useful content for practical application and brought together established professionals and experts. 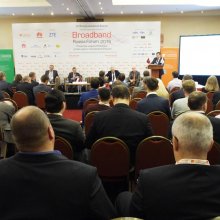 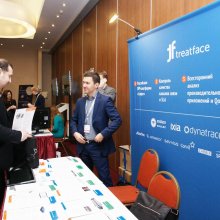 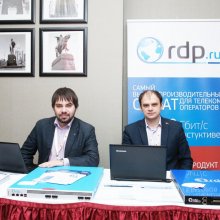 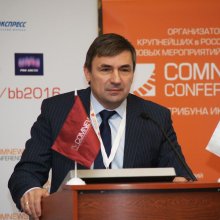 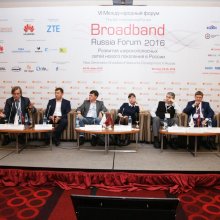 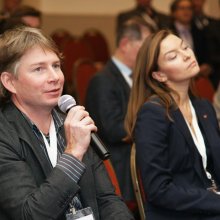