The official partner of DTV 2016 was NAO National Satellite Company (Tricolor TV), and Huawei was platinum sponsor of the event. The conference was also powered by STREAM and EPG Service.

This year, the event coincided with the 85th anniversary of TV broadcasting in Russia. The forum was kicked off with a brief foray into the history of television in Russia offered by first deputy minister of communications in the Soviet times Kalyu Kukk and editor-in-chief of ComNews Publishing Group Leonid Konik.

The plenary session of the conference was dedicated to state regulation of the TV and radio broadcasting market. Deputy CEO and director of innovations department of Russian Television and Radio Broadcasting Network (RTRS) Vitaly Stytsko offered a progress report on the implementation of the Federal Action Programme for TV and radio broadcasting in Russia in 2009-2018. Vadim Poskakukhin, head of lab at Radio Research and Development Institute, gave an insight into the role of broadcasting technologies in mobile communications and the outlook for their use in TV broadcasting frequencies. Vice President of Russia’s Cable Television Association (AKTR) Mikhail Silin spoke about trends and issues in regulatory and legal framework of the national cable TV market. Aleksandr Kalin, head of information analysis center at Russian Television and Radio Broadcasting Network (RTRS) and FoBTV’s member of managing committee outlined international trends and the outlook for new technologies and standards of Digital Terrestrial TV. Aleksandr Chernyaev, sales solution manager from Huawei, presented his insight on how to enhance UHD ecosystem. Senior expert at Moscow Scientific Research Television Institute and chairman of expert council under the Association of Developers and Manufacturers of Broadcasting Equipment (ARPAT) Kalyu Kukka dedicated his report to issues related to digital video content delivery. 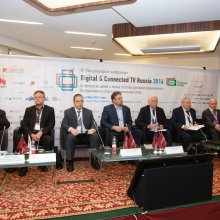 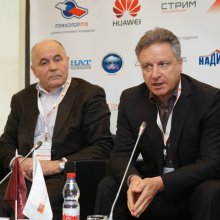 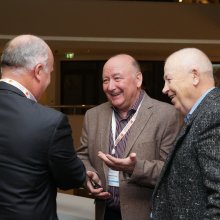 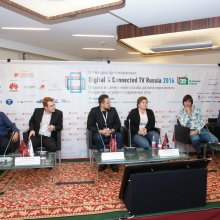 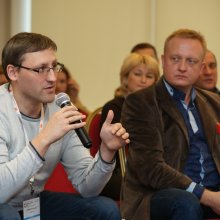 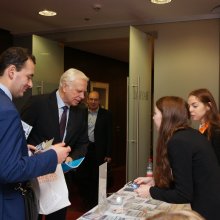