The Federal Forum ICT Infrastructure of the 2018 FIFA WORLD CUP Russia™ held on March 30, 2017 offered an outlook on the issues related to the organization and roll-out of telecom and IT infrastructure for security, control, communication and broadcasting at 2018 FIFA World Cup and 2017 FIFA Confederations Cup.

Andrey Chernenko, Director of Strategic Projects Department at the Russian Ministry of Communications and Mass Media said in his keynote address to the audience that the regulator has put a lot of effort into the ICT infrastructure for the World Cup and issued a number of statutes and regulations. “We have to become Russia’s true “digital national team”, and we won’t be able to pull such a major event off unless we prepare an efficient communications infrastructure,” Chernenko emphasized.

Pavel Pogrebinskiy, Director of Information Technology and Infrastructure Department, Local Organizing Committee “Russia 2018”, announced that all project activities for the construction of temporary ICT infrastructure have been completed. “The Organizing committee of “Russia 2018” has no doubt that all main works will be completed within specified time,” he added.

FIFA’s CIO Dick Wiles pointed out that FIFA is not after innovative and state-of-the-art technologies for the ICT infrastructure of a World Cup, instead it needs high level industry-proven standards.

“We are bold enough and not afraid of anything, but I have to admit we are facing some difficulties,” continued General Producer of Match TV Tina Kandelaki. According to her, the broadcasting rights issue around 2018 FIFA World Cup hasn’t been resolved yet. General Director of the National IT Center Konstantin Solodukhin, the regulator has a proved a list of 28 services for the World Cup. “No Russian service provider alone would be able to meet the strict requirements to FIFA infrastructure,” he mentioned. According to Solodukhin, system fail safety must reach 99.99%, and any breakdown can cost the National IT Center 50 million rubles.

“We already have a track record in such large-scale projects, so we are convinced that we will be able to put all ICT projects for the 2018 World Cup in place,” reassured MegaFon’s Head of Projects for Government and Corporate Customers Semyon Zakharov. 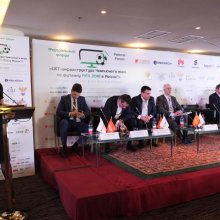 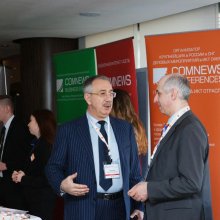 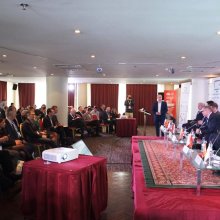