Digitalization is on the march

The 2nd Federal IT Forum of Russia’s electric power industry Smart Energy 2017 held on June 8 was a big success. The highest profile event for IT directors of the industry was endorsed by: the International Academy of Communication, BelAPE - Association of Industrial Power Engineers (Belarus), National Association of Industrial Internet, IT Directors Club of the Central Federal District. General Partner of the Forum was Rosseti. System Operator of the United Energy System and RusHydro were Partners of the event.

Rostelecom and MegaFon were Platinum Sponsorts of the event. Viavi – Bronze Sponsor. Control IT – Sponsor of Coffee Breaks. Cezar Satellite was Sponsor. The forum was also supported by Center2M.

The keynote speeches to the delegates were delivered by Alexander Bershadsky, Project Manager for Corporate and Government Accounts, Rostelecom, and Vladimir Ulyanov, Head of Sales, ICT projects, MegaFon. “NB-IoT technology allows connecting numerous smart devices and sensors within the existing infrastructure, and at a low cost. We are going to take this standard to the industrial level,” announced Vladimir Ulyanov. “The vital question of the industrial IoT in the power industry is IT security, and we are ready to face new market challenges,” emphasized Alexander Bershadsky.

The first session of the forum was entitled IT as a tool to boost business efficiency for energy companies. Svetlana Medvedeva, PwC Russia’s Head of IT Advisory, offered an overview of current trends in digitalization.  Andrey Kolupov, Deputy CEO of Control IT spoke about the specifics of a complex solution for quality control in data networks and monitoring of ICT infrastructure. Alexander Bershadsky from Rostelecom dedicated his report to state-of-the-art infrastructure used by power companies. Regional Manager of VIAVI Solutions Shamil Gazizullin spoke about remote monitoring systems for long-haul infrastructure using fiber optic sensors. Evgeny Akhmadishin, CEO of Telematic Solutions, chose to speak about digitalization in housing and utilities sector. Artem Vinogradov, IBM Russia Optimization Solutions Leader, spoke about integration of planning and optimization system for the power industry.

Panelists discussed the key development areas in IT and telecom in Rosseti group of companies, placement of telecommunication network elements on the power industry infrastructure as a driver for building up own communication networks, digital dispatch communication systems, monitoring systems for motor vehicles and mobile units. All experts agreed that complex rollout of such technological systems is a strategic task faced by Rosseti’s IT department.

A reception offered at the end of the forum featured live music and an informal ambience where delegates to the forum could discuss its results and network with fellow industry professionals. 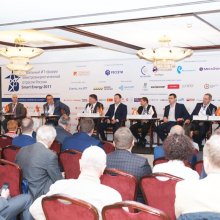 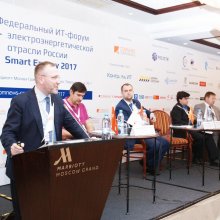 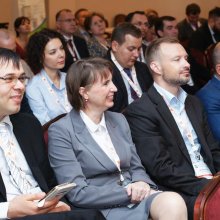