Taking care of the Quality

The 3rd Federal Forum Telecom QoS Russia 2017 – The Quality of Telecom Services in Russia was held on May 31, 2017 in Moscow. The event shared the venue with the 9th International Wireless Russia Forum: 4G, 5G & Beyond - Evolution of Mobile and Fixed Wireless Networks. The conference drew participation from the Russian Ministry of Telecom and Mass Communications, Federal Service for Supervision of Communications, IT and Mass Media (Roskomnadzor), Radio frequency center of the Central Federal District, carriers, system integrators, equipment manufacturers, industry analysts and the media.

The conference was kicked off by the plenary session entitled “Improving telecom service quality as the main industry driver”. A keynote speech to the audience was delivered by Denis Kulikov, Deputy Director of Infrastructure Projects Department, Russian Ministry of Telecom and Mass Communications. “Telecommunication services are a constitutive part of the national economy, and its consumers are not only people, but also a wide array of devices,” pointed out Denis Kulikov. Deputy Director of Roskomnadzor. Oleg Ivanov spoke about approaches to service quality control. “Previously, we measured quality on a semi-legal basis, but the Government Order from April 26, 2017 officially vested Roskomnadzor with the function of quality control in telecommunication services,” emphasized Oleg Ivanov. Chairman of Executive Committee of the National Association of Documental Telecommunications Arkady Kremer shared his thoughts on how service quality management can be improved in the context of public service networks. “We suggest rejecting the norms on quality indicators proposed by Roskomnadzor. A competitive market doesn’t need such measure,” commented Arkady Kremer. Head of IT Division at Radio Frequency Centre for Central Federal District Alexander Veklich spoke about Revizor system as a tool for monitoring carriers’ compliance with the restrictions on Internet access to websites which contain information prohibited for distribution in the Russian Federation. Dmitry Mitrofanov, Deputy General Director of the same organization, revealed the results of quality control in mobile wireless communication services in 2016-2017. General Director of OrderCom Dmitry Galushko offered an overview of the regulatory risks faced by carriers. Chairman of Public Consumer Initiative Oleg Pavlov went into the main problems and statistics of queries filed by subscribers.

Forum audience praised the high level of the event and a very topical program. 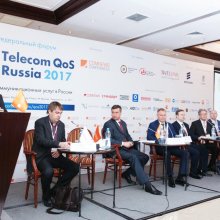 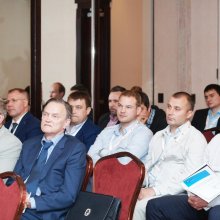 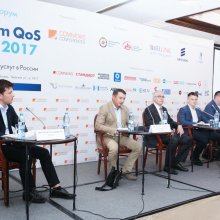