TransNet 2017 kicked off with a round table dedicated to content providers as new trendsetters in the backbone market.  Moderator Olga Makarova, Director of Internet and channel resources Department, Сarrier Business Development Unit, Corporate Center, MTS Group, posed a pivotal question: “Will we reach the point when backbone traffic will stop growing exponentially?” According to Akado’s Operating Director Mikhail Medrish, traffic volume is boosted by better quality of content, and this process will keep going. “It is time to stop charging subscribers for Internet access, instead “Internet” should be charged for access to subscribers,” emphasized Rostelecom’s Head of Products and Marketing Department Sergey Makarov. He also pointed out that his company, a federal operator, intends to roll out a network of regional data centers and is seeking regional CDN providers to collaborate with in all regions of Russia. One of the largest backbone operators in the world, Tata Communications has to reinvent its business model in view of the market focus on content and the lack of subscriber base. “In the end, the important thing is how a backbone operator runs its network. We are all about to face a new challenge – 5G networks,” commented Tata Communications Regional Director for Central and Eastern Europe Marcin Raczkiewicz.

“In the upcoming years traffic will keep growing, amid the transformation and growing complexity of the telecom and IT markets,” admitted Igor Akulinin, Senior Business Consultant from Huawei. Maxim Anikin, Level 3 Sales Director in Russia and CIS added that Internet exchange points (IX) have drastically changed, becoming operators, but with no network of their own. This is a source of connectivity needed for CDN networks. According to Yandex’ Network Infrastructure Director Alexey Sokolov, IX will soon serve as data centers for backbone operators. TTK’s Head of Wholesale business Sergey Yakovlev doesn’t view IX as direct competition. “They are our competitors in the same way as Russian Railways or Aeroflot,” he explained.

The first day of the forum concluded with a round table entitled “Preparing global and national backbone infrastructure to 5G and IoT networks” and focused on the most topical issues around networks topology and their readiness to the requirements of 5G and IoT; new requirements for data centers and Big Data technologies; potential volume of international traffic, which can be generated by the connected devices, and some other topics. Round table panelists included: Alexander Anufrienko, Director of R&D Department at the National Center for Informatization (NCI), Virgin Connect’s Deputy General Director of Technology Vladimir Valkovich, DataLine’s Business Development Director Pavel Zavyalov, Head of Laboratory at NIIR Vadim Poskakukhin, MTS Account Manager at Ericsson Yury Tenishev, and IRE-Polus’ Deputy General Director Vitaly Shub.

The conference day concluded with cocktails, so the guests could continue networking in a more informal setting.

This year TransNet marked the record number of attendance – more than 400 delegates, all of whom praised the high level of event organization, interesting program, and excellent networking opportunities. 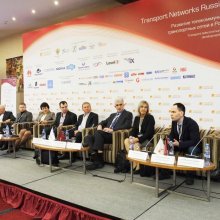 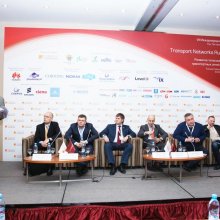 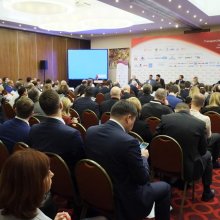