Without Wires or Limits

The 8th International Business Forum “Wireless Russia Forum: 4G, 5G & Beyond – Evolution of Mobile and Fixed Radio Networks. The Efficiency of Using the National Radio Frequency Resource” was held in Moscow and attended by more than 300 leading market experts. On 26 and 27 May, the participants of the conference organized by COMNEWS and the National Radio Association (NRA) discussed the applications, technological and business prospects of the newest and next generation wireless networks in Russia and the world.

The official partner of Wireless Russia Forum 2016 was Huawei, the platinum sponsor – ZTE Corporation, the gold sponsor – Ericsson, the bronze sponsors were Nokia and Detecon International, the delegate bad sponsor was Telenor Group, the IoT session was sponsored by NEC Corporation, the TDD session – by Huawei.

The forum started with an opening address by Dmitry Alkhazov, Deputy Minister of Communications and Mass Media of the Russian Federation. He highlighted that the Russian Ministry of Communications (Minsvyaz) attaches great significance to 4G and 5G development in Russia. The deputy minister emphasized that mobile internet penetration rate in the country is bigger than wired broadband penetration rate, reaching more than 60%. According to Mr. Alkhazov, the Ministry supports LTE in three dimensions: providing the opportunity to share radio frequency spectrum and radio-electronic equipment between different commercial and departmental providers, making the most demanded frequency bands more available at the market, and bridging the “digital divide” on the national scale.

The second session of Wireless Russia Forum 2016 was dedicated to innovations in broadband wireless communications. The presentation entitled “User identification in public Wi-Fi networks: relevance and possible solutions” was made by Denis Paltsin, Head of Telecommunication Control and Supervision Department, Federal Service for Supervision Roskomnadzor. Wi-Fi networks on land transport of Moscow were described by Evgeny Krekoten, Department Director of Business Development on Moscow, NETBYNET Holding. The topic of using unlicensed spectrum for mobile broadband was covered by Lidia Varukina, Head of technology, East Europe, Nokia. The way to 5G and massive IoT and core network evolution were the main topics of the speech given by Artem Kuznetsov, Head of Technology, Customer Unit MTS, Ericsson. The question how LoRa and ThingPark Wireless enable service providers and enterprises to take advantage of the IoT was answered by Boris Dezier, Vice President Sales & Co-founder, Actility.

The first day of the forum was also marked by a boat party on the Moskva River. The guests received valuable gifts from COMNEWS, the National Radio Association and ZTE Corporation. During this informal event, the participants also discussed wireless technology prospects and development in Russia and globally.

The second day of Wireless Russia Forum 2016 started with a session chaired by Valery Volodin, Vice-President of the National Radio Association. This session was dedicated to government regulation of the wireless industry and better use of radio frequency assets.

The plenary session was opened by Dmitry Tur, Chief of Staff, State Commission on Radio Frequencies. Mr. Tur delivered a speech about the current state of the Russian frequency resource, as well as its refarming and conversion prospects. Important aspects of licensing procedures for LTE communication networks were described by Nikolay Orlov, Deputy Head of Telecommunications Licensing Directorate, Federal Service for Supervision Roskomnadzor. The current state and prospects of spectrum conversion were characterized by Andrey Karnaukhov, Deputy Chief of Radio-Frequency Service, Ministry of Defence of the Russian Federation. The overview of resolutions made at WRC-15 which have major implications for Russia’s wireless industry was presented by Igor Gurianov, Deputy Head of Scientific and Technical Center of E-signal, FSUE NII Radio (NIIR). The questions of radio-frequency ensuring wireless technologies for development of M2M and IoT were answered by Vadim Poskakukhin, Head of Laboratory, FSUE NII Radio (NIIR). The global networking index was explained by Alexander Prokhorov, Senior Manager of Marketing Department, Huawei Russia

The session ended with a discussion “Questions of electromagnetic compatibility, radio planning and radio control, other technical aspects of regulation and functioning of wireless networks”. It was chaired by Valery Butenko, President of the National Radio Association.

The last session of the forum was focused on one of the most promising technologies of the 4th and 5th generation – LTE TDD which speeds up and increases the expansion of mobile broadband due to its flexibility and non-complicated deployment.

In their speeches, presentations and background conversations, the participants of the forum repeatedly mentioned that Wireless Russia Forum is unique and crucially important for the market, has a relevant program and high-profile speakers. All sessions, round tables and discussions, according to the guests’ opinion, were extremely well prepared and organized. 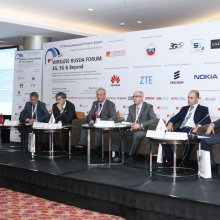 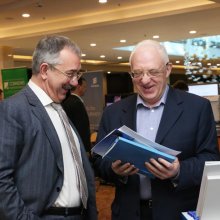 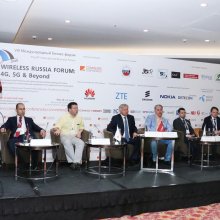 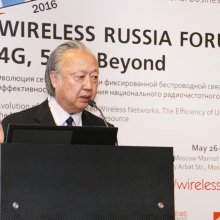 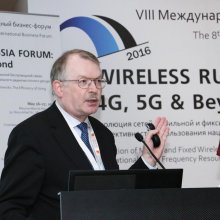 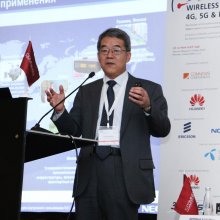 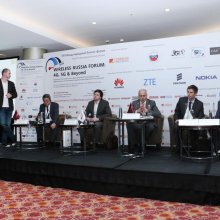 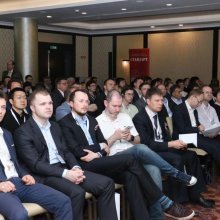 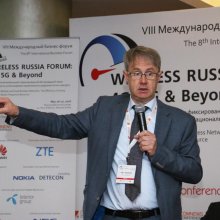 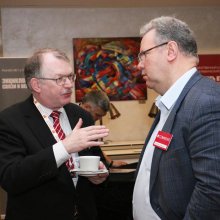 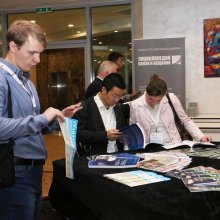 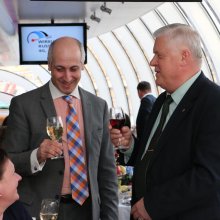 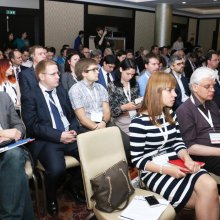 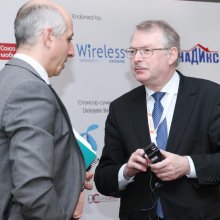