Platinum Partner of Cloud Services Russia 2017 was the largest global cloud service provider – Oracle Corporation. The conference was also supported by Akado Telecom, which celebrates its 25th anniversary this year.

Sergey Makedonskiy from ASTRA Association and Forrester shared with the audience research findings that global spending on public clouds is rising: in 2016 it amounted to USD 114 billion, while in 2020, according to Forrester, this figure is expected to double – up to USD 236 billion. SaaS remains the main service in the public cloud: in 2016 it accounted for USD 87 billion, and in 2020 it may reach USD 157 billion.  More and more companies worldwide start using IaaS/PaaS services: in 2014, they accounted for 19% of total companies, in 2015 – 25%, in 2016 – 33%, and the forecast for 2017, according to Forrester, is that up to 49% companies will be using IaaS/PaaS.

“Although in Russia, cloud services’ growth rates are significantly above global average, the share of the Russian market of global total was only 0.35% in 2015, and is expected to grow up to 0.4% by 2020”, commented Sergey Makedonskiy. He added that SME sector has great potential to drive up cloud computing, however, in Russia small and medium-sized enterprises lack power and numbers.

Head of Cloud Research of IDC in Russia and CIS Dmitry Gavrilov pointed out that by the end of 2017, cloud service market in Russia will reach USD364 million, and the three industries – leading consumers of cloud services are: retail and wholesale trade, financial sector, and manufacturing.  Gavrilov also explained that retailers in Russia are struggling amid a decline in consumer demand, which is also reflected in their cloud spending. Meanwhile, banks and industrial companies are ramping up their cloud spending. “We were surprised to discover that the government is also increasing its presence in the cloud, although in absolute terms at this point it accounts for less than 10% of the market”, said Dmitry Gavrilov. The main driver of the cloud market, according to him, is large companies, which are consistently switching from private to pubic clouds. The main services in the public clouds are IoT and Big Data, said Gavrilov, while panelists of a round table that concluded the event, entitled “Driving Business Efficiency Through Cloud Solutions”, agreed that public cloud can also be used for testing tasks: storing test data bases and rolling out test services.

Pavel Zakharov, Oracle CIS VP for Technology Consulting, spoke about a brand new application for clouds – Artificial Intelligence. Oracle has first-hand knowledge about it: in December 2017 it will introduce the first autonomous database cloud Oracle Database 18c, which won’t need human administration: fully automated upgrades, patching, backups, routine maintenance will be executed by AI (a crucial part of which is machine learning).

A new thought expressed by many participants of Cloud Services Russia 2017 is that as such, cloud services don’t automatically cut costs or improve efficiency. “Cloud environment doesn’t make IT management easier, despite our initial expectations”, said Pavel Zakharov from Oracle. “The complexity of management simply rises to a new level”. Panelists at the round table at the end of the event also emphasized that moving your infrastructure into the cloud will rather result in higher costs, taking in mind the cost of purchasing cloud resources, which the customer already has in physical form. Efficiency in cloud (and money terms) is impossible unless you introduce changes into business processes and automate operations. But most importantly, as put by panelists of the round table, the cloud creates a platform for innovation, which acts as a powerful business driver in companies that have decided to go cloud. 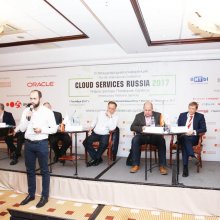 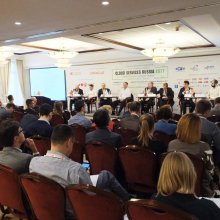 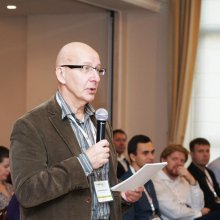